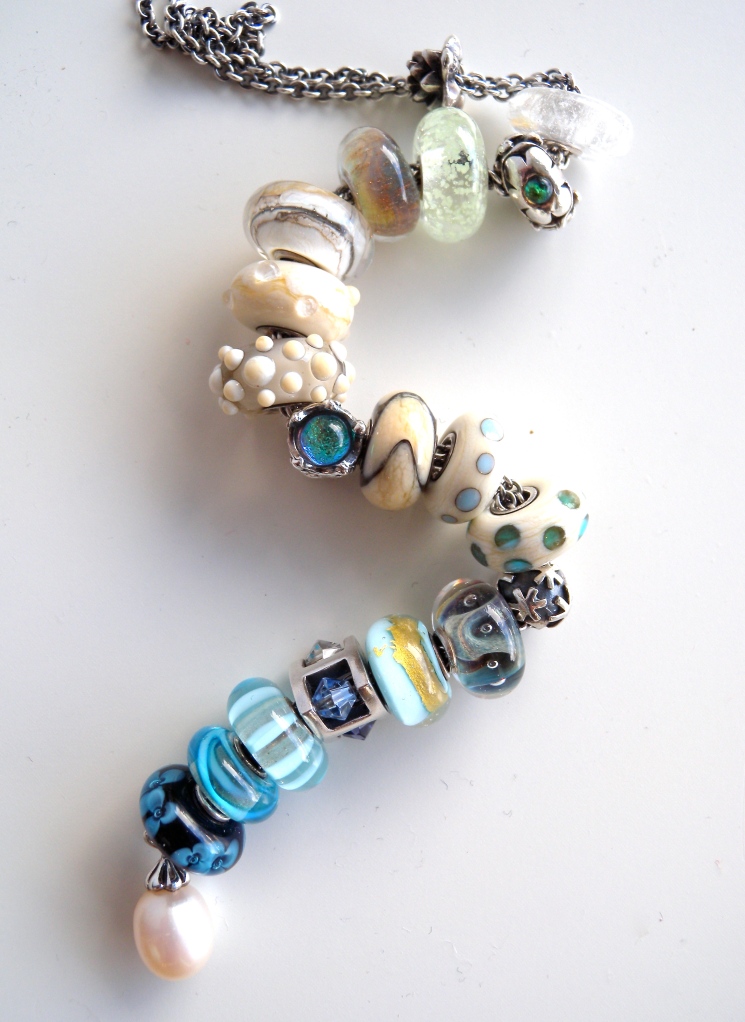 Just look at what Cristi wore into Tartooful today!  She was inspired by the idea of an “Ombre” necklace, that looked like it had been dipped in indigo blue… and in only a few minutes of play before work today she created this yummy combination.

It’s amazing to think that only a year ago, Cristi’s collection was neatly arranged onto specific bracelets.  Each one of her bracelets  – purple & gold, and pale blue – was perfectly composed, and had stayed pretty much the same for several years.  I had tried to tempt her to start a new bracelet design on several occasions, but she never took the bait.

…Then Tartooful gave Cristi and I each a Fantasy necklace with pearl last Christmas… and it was like a creative dam was broken!  All the gorgeous uniques that she previously might have just had drooled over started to creep onto her necklace.  (We began to joke that it was really more like a necktie…) Finally, the bracelets were carefully 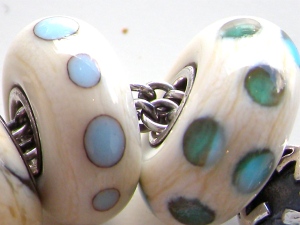 photographed and disassembled, to join the pool of beads for new creations.  Now one never knows how Cristi’s necklace will look on a given day.  Long or short, neutral or punchy, necktie or demure pendant… they’re all such fun. 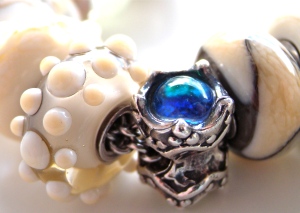 The key thing here really is fun.  Trollbeads are supposed to be a creative outlet, and ultimately, fun.  Cristi always encouraged others to play, but hadn’t taken the leap herself in some time.  Now that she’s freed her collection she’s found a whole new appreciation for the beauty of her own beads, and is really enjoying her Troll.